If businesses aren’t talking about COVID-19, they are discussing how to become carbon neutral.

To show their commitment to protecting the environment, companies are often claiming to be carbon neutral, but the issue is…where is the actual proof? Where is the credible framework that demonstrates that carbon verification?

Today we’re excited to share how to get started with introducing ISO 14064 (the carbon footprint verification standard). So, if you’re looking for a sustainability roadmap for your business and are wondering where to begin, then you’re in luck as we’re going to be providing you with information on that over the next couple of podcasts! We’re delighted to be joined by David Algar, our resident Carbonologist at Blackmores, over the next few podcasts as he’s going to share with you information about the international standards that everybody’s talking about when it comes to demonstrating your carbon neutrality. This includes ISO 14064 for carbon footprint verification and PAS 2060 on carbon neutrality.

An organisation embarking on its sustainability roadmap could carve out part of the business. So, for example by year one the UK operations, and then have a roadmap in place so that they include other locations and services as time goes on.

David expands on the greenhouse gas inventory by highlighting that this is where you would document all your emission sources. So, they are divided up into scope one, scope two, and scope three sources. Scope one is the direct ones, so for example stationary or mobile combustion, or anything your organisation directly burns. Then it goes into scope two, which is your purchased energy (the electricity, steam, heating and cooling that you would use in the building that you own or lease). Finally going into scope three can be a bit more complicated. This would be your other indirect sources, upstream and downstream. For example, if you are a manufacturing company, the upstream emissions would be the emissions associated with activities, for example, before your products are delivered to your manufacturing or warehouse. So that would include the extraction of the raw materials, the processing, packaging, and then the transport and distribution. The upstream emissions associated with a vehicle, for example, include putting it in a cargo ship and shipping it across the world. So, once  it leaves your warehouse or plant, it would then go off to the customer. This is where you are looking at the downstream emissions, including emissions associated with the product’s use

The greenhouse gas inventory does split the scopes up for you, so you don’t have to worry about memorising every single little part of the scopes! It is very useful in that aspect and it lays it out in a list for you.

If you do decide to go for a third-party vertification from a certification board, the chances are that they’re going to ask you questions on why you decided to include and exclude certain things within your greenhouse gas inventories. For example, certain operations in your business or why you have made certain exclusions. Another key element of producing greenhouse gas inventories is that you must use emission factors. These are how you quantify and convert, for example kilowatts, into tonnes of Co2 equivalent. So, the certification body may ask you why you’ve chosen to use a certain metric. That’s why it would always be a very good idea to document these choices, as you may be asked about them. So, in essence, this provides complete transparency on your carbon emissions across the organisation because you’ve justified the reason for including or excluding them.

Because it’s an ISO standard and internationally recognised, it provides a reliable and proven framework for quantifying your emissions. So as a result of this, this helps identify individual sources of emissions and enables you to identify the biggest source of emissions, energy usage, and vehicle usage. Therefore, you can use it to identify areas for improvement by setting targets. However, the result of going down this road is that once you’ve implemented those improvements, it can actually save you costs in many instances, for instance through lower energy usage.

It can also be a tendering requirement for a lot of new businesses as it can support a lot of governmental requirements. So, it can be a framework to help you support any mandatory reporting of emissions, such as the SECR (Streamline Energy and Carbon Reporting) and ESOS (Energy Saving Opportunities Scheme) which are requirements essentially based on quantifying emissions and energy usage. So, if you’ve implemented ISO 14064, you’ve (almost) already built that framework to help you with the data collection and data presentation that you’ll need for the SECR and ESOS reporting.

One thing which makes ISO 14064 very different from any of the ISO standards that we have implemented over the last 15 years at Blackmores is the fact that you don’t actually get certification to this standard. It’s classed as a verification, which has options for self-verification and third-party verification.

There are three main tiers to it, let’s find out what they are.

The first tier is the self-verification method, where you essentially pour over the data yourself and decide internally within your company that you’re happy to publish this publicly. Although, this is slightly less credible because your company is essentially verifying itself. The second level to that is a second-party verification, where you get an external body (such as Blackmores) to go over the data and essentially audit you on it. But what is generally regarded as the most credible is a third-party certification, the third tier. This would be done through a UKAS accredited certification body (such as BSI, or NQA). This method demonstrates confidence to all your stakeholders that the verification has been done properly because an independent third party has approved it.

Unlike certificates to management system standards like ISO 14001 (where they’re valid for three years). This is just valid for the period that you’ve actually defined within the scope. So, that could be a period of 12 months, then you would have to go through the re-verification process.

Carbonology is based on a seven-step process to help an organisation become carbon neutral. The first step of Carbonology is the Quantify stage. This is where ISO 14064 comes in because this is where you would essentially quantify and document all your greenhouse gas emission sources for scope one, two, and three. So, essentially, ISO 14064 really does form the bedrock of the Carbonology service.

That’s it for today, watch out for our future blogs as we’ll be joining David on the next podcast where we’ll be talking all about the next stage in your journey to becoming carbon neutral.

We’d love to hear your views and comments about the ISO Show, here’s how: 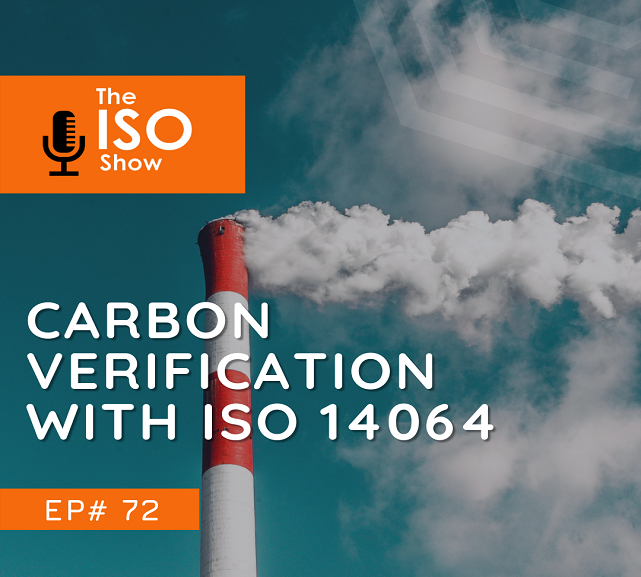 #79 Establishing the scope of your ISO Certification 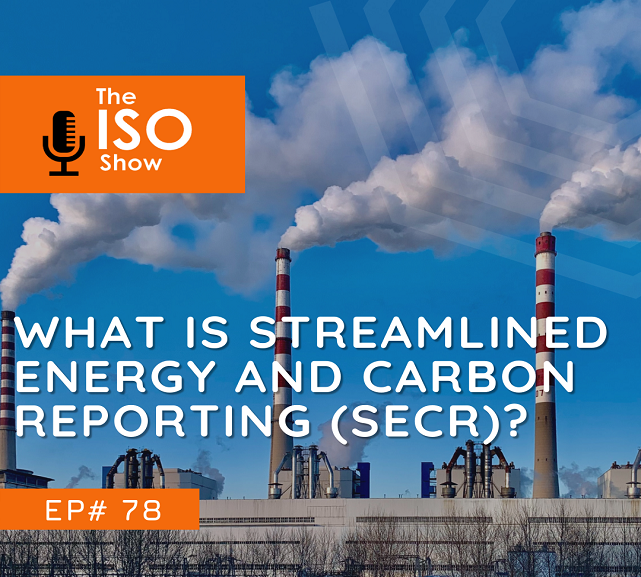 #78 What is Streamlined Energy and Carbon Reporting (SECR)? 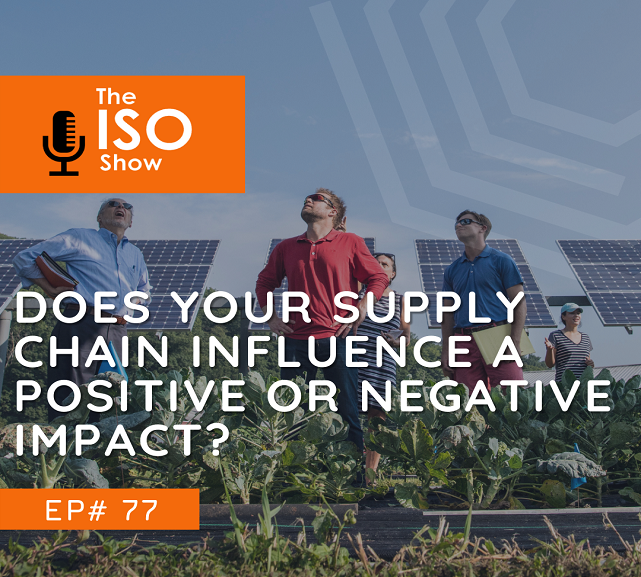 #77 Does your supply chain influence a positive or negative impact? 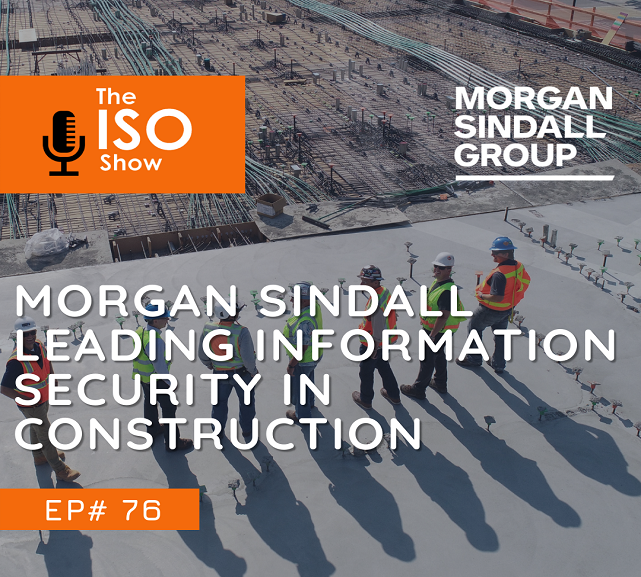 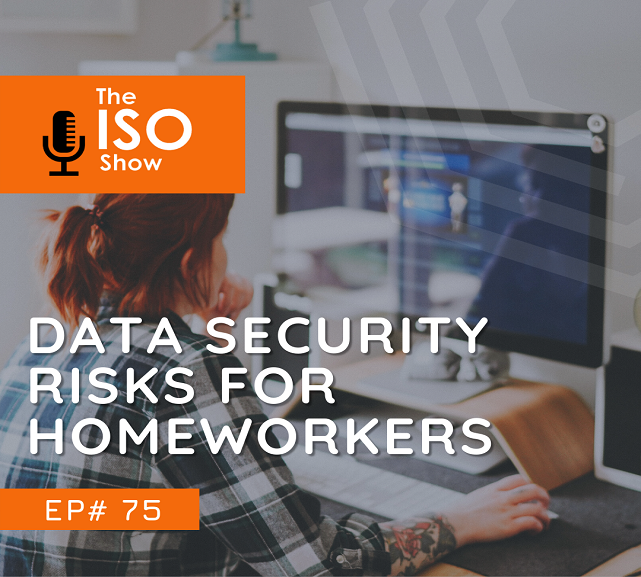 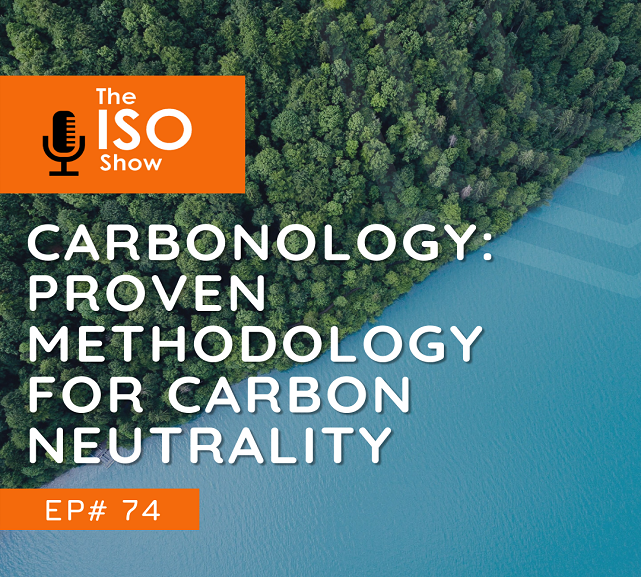 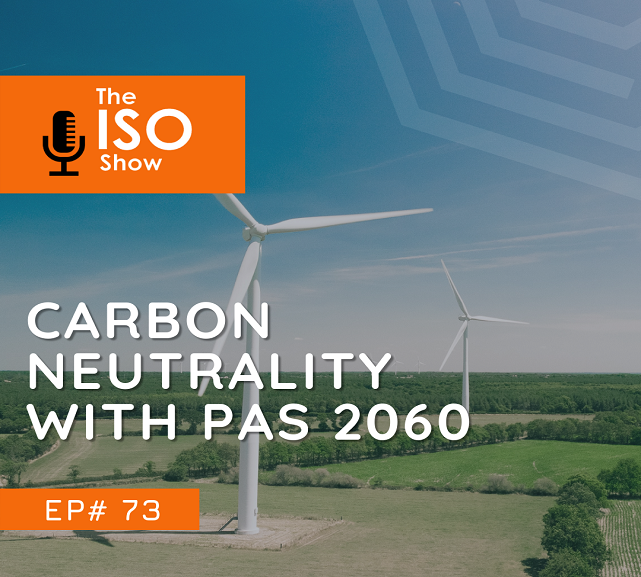 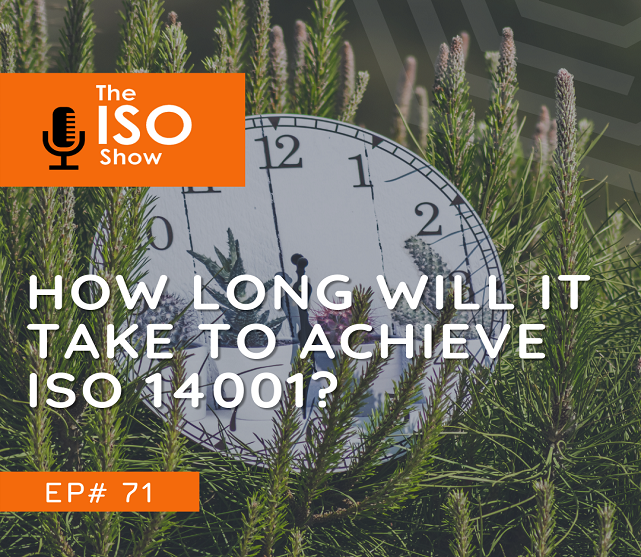